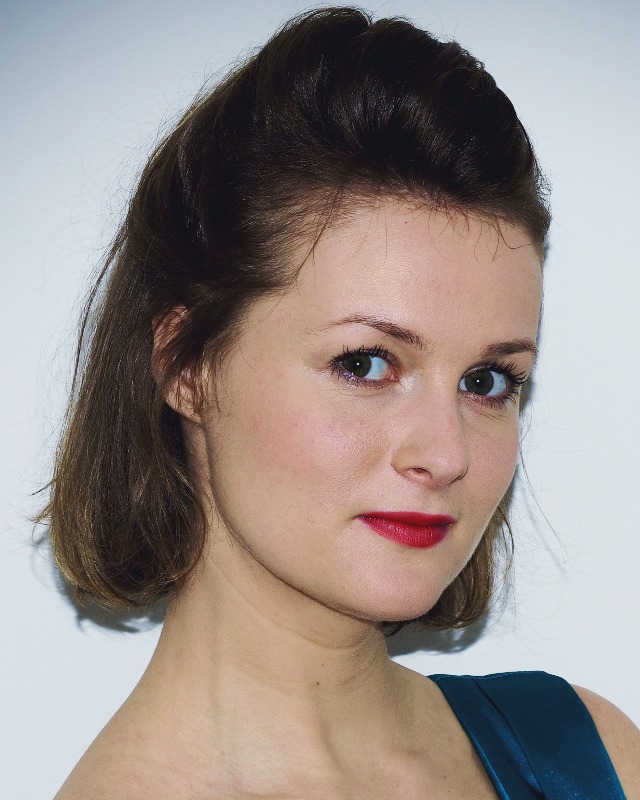 Pauline Rinvet started music at a very early age thanks to violin and piano lessons.
She discovered opera singing when, at the age of 8, she joined the choir school at Vannes, her native city. In 2006 she began studying at the Paris Conservatoire and the Sorbonne University, where she successively obtained her DEM (Diploma in Musical Studies) in singing (by unanimous vote) and a degree in music and musicology. During her studying she took her first steps on stage at the Châtelet Theatre in Paris, performing Adele (Die Fledermaus) in a production directed by E. Oriol and produced by M. Surais.

During this period she was heard on the stage in different roles, such as the Sister (A.Hasse’s Artaserse) under the direction of M.Hofstetter in a production by B.Kovalik, on the occasion of the re-opening of the Bayreuth Margräfliches Opernhaus, as well as at the Cuvilliers Theatre in Munich and the Müpa in Budapest. She sang Tamiri (JFX.Sterkel’s Il Farnace) at the Aschaffenburg Stadttheater, conducted by J.Tschiedel and directed by F.Angerer and H.Köpfe. She was also heard in Cilla (Paisiello’s Il Socrate immaginario) at the Reaktorhalle in Munich, directed by R.Gilmore and conducted by M.Fitzgerald.

In 2017 the young coloratura soprano made her debut at the Nüremberg Staatsoper, performing the Queen of the Night (The Magic Flute) conducted by G.Rumstadt and directed by L.Scozzi. During the same season she was engaged by the Munich Staatstheater am Gärtnerplatz as Perketta (R.Kaehler and J.Franklin Goodman’s Under the Overture), on the occasion of the International MUT Author’s Competition 2018 for Musical Entertainment Theatre, conducted by L.Pectu and directed by N. C. Weber.

Pauline Rinvet also enjoys concert singing, and recently interpreted the cantata Pan and Syrinx by M.P.Monteclair with the Barock’in ensemble at the Hofkapelle der Münchner Residenz. She also participated in the 2016 and 2017 editions of the Euroculture en Pays Gentiane festival, notably in 2017 for a recital by young talents.

Always in the pursuit of improving her skills, she has received instruction from P.Berne, S.Manoff, D.Sulzen M.Honig or N.Spinosi. To go further in her training, she has participated in several masterclasses, among them that of M.Minkowski, J.Deschamps and C.Eda-Pierre at the Opéra-Comique in Paris, or the masterclass of G.Uecker, “What does contemporary mean – Mozart und die Moderne”, in the context of the ENOA programme.