Agence Massis Opéra (AMO) represents, internationally, lyric singers who work in the fields of Opera, Oratorio and Concert. Its primary goal is to promote their careers and provide them with engagements at high-level theatres and concert companies.

The purpose of the team is to establish a personal relationship with artists, young or experienced, to take into consideration the different aspects of their personality and accompany their career. This covers several aspects: preparation for auditions, advice on the choice of arias and roles, help, if necessary, in their preparation.

The Agency’s team, recognized in the profession for their expertise and long experience, provides regular and effective support to artists in all aspects of their profession and is a reliable partner to Opera-Companies and Concert-venues.

René Massis studied Modern Literature at the University of Lyon and singing at the Conservatoire de Lyon. He then stayed for seven years in Italy (Milan) to improve and study the Italian repertoire.

During his long career, he has been invited by about fifty European theatres, and sang many leading roles of baritone in operas by Gounod, Massenet, Bizet, Ravel, Gluck, Mozart, Rossini, Donizetti, Bellini, Verdi, Puccini, Mussorgsky, Berg, etc…

After that, he held, for several years, the function of casting director and artistic manager at the Opéra National de Lyon.

In 2006, he created the artistic agency “AMO – Agence Massis Opéra”. He accompanies the artists he manages in their evolution and their development. 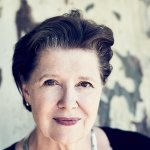 The German Mezzosoprano studied piano, German and philosophy before studying singing with Ernst Haefliger in München.

After her debut in Freiburg and Basel, she sang leading roles, among others-Herodias, Kostelnicka, Isolde, Kundry, in many German, Italian and French theatres and was noticed for her compelling stage presence and fine musicianship. She performed all the majororatorios in the repertoire and gave overa hundred recitals of Lieder.

A highly sought-after singing instructor, she gives masterclasses for opera Studios in Paris, Moscow, Zurich, Frankfurt and Warsaw. From 1999-2017, she taught at the Frankfurt Conservatory where she trained many promising young singers. In addition, Hedwig Fassbender is a certified SystemicCoach.

She first worked in a French region’s cultural department, and then at the Opéra national de Lyon, during ten years. First as assistant to the casting director and then within the Production Department.

She pursued her career as a production manager at the Opéra de Saint-Etienne/ France during four seasons. Afterwards she worked as an orchestra manager for Le Cercle de l’Harmonie, period instrument orchestra led by Jérémie Rhorer.