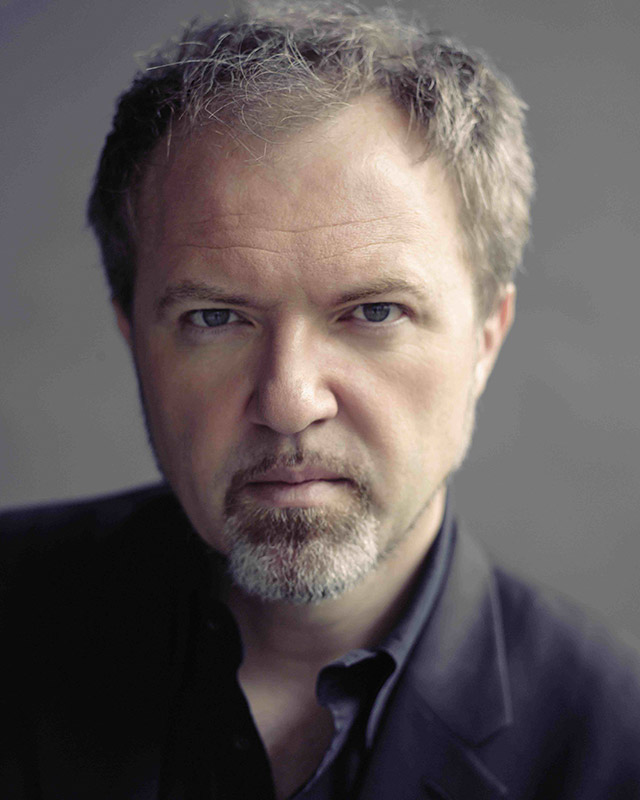 Italian baritone Davide Damiani studied voice, double bass, composition and orchestral conducting in Pesaro, Parma and Bologna. In 1992, he was assistant to Chief conductor Gustav Kuhn in Macerata, which earned him engagements in Italy and Europe. He made his debut as a baritone in a production of Don Giovanni in Tel Aviv.

As a member of the Vienna Staatsoper company from 1995 to 1999, he performed in Madama Butterfly, Le Nozze di Figaro, L’Elisir d’Amore, Giordano’s Fedora with Placido Domingo and José Cura, Enescu’s Oedipe (recorded on CD) and Verdi’s Jerusalem with José Carreras conducted by Zubin Mehta (and broadcast on television). He has performed in Naples in L’Elisir d’Amore with Luciano Pavarotti ; in Turin, Cardiff, Palm Beach, Toronto and Verona in Don Giovanni ; in Palermo in Manon Lescaut ; in Genoa and Florence in The Rape of Lucretia ; in Ravenna, Catania and Modena in The Rake’s Progress ; in St. Gallen in Don Giovanni, L’Elisir d’Amore, Ariadne auf Naxos ; in Tokyo in Madama Butterfly and La Traviata ; in Tel- Aviv in Lucia di Lammermoor ; in Düsseldorf in Le Nozze di Figaro and Don Giovanni ; in Berlin and Bergamo in La Bohème ; in Cagliari in Granados’ Goyescas (recorded on CD) ; in Bologna in Fabio Vacchi’s Les oiseaux de passage and in Guido Turchi’s Exil ; in Bari in Piccinni’s Didon (recorded on CD) ; in Basel in Falstaff ; in Wexford in Mercadante’s Il Giuramento (recorded on CD) and in Rigoletto.

Davide Damiani has also sung in Beethoven’s Ninth Symphony conducted by Riccardo Chailly in Milan and with the Philharmonic of Ukraine in Kiev, in Peter Grimes under the baton of Philippe Jordan in Graz, in his first Nabucco (broadcast on television) and Aïda at the Split Summer Festival, in Don Giovanni in Bari, in The Rape of Lucretia in Reggio Emilia, Modena and Parma, in Mercadante’s La Vestale and in I Pagliacci at the Wexford Festival, in Beethoven’s Ninth Symphony with the Turin Teatro Regio’s orchestra conducted by Gerd Albrecht, in Dallapiccola’s Il volo di notte in Milan, in Le Nozze di Figaro in Bari, and in I Puritani at the Palm Beach Opéra, in Rigoletto and Un Ballo in Maschera in Bern, in Manon Lescaut and La Traviata in Venice, in La Traviata in Tel Aviv, in Adriana Lecouvreur in Frankfurt, in Macbeth in Genève, in Don Carlo in Warsaw, in Massenet’s Manon and Carmen in Palermo, dans Les Vêpres siciliennes (Montfort) in Nice, in La Fanciulla del West in Hamburg…

Recent performances include Traveler in Death in Venice by Benjamin Britten at the Nice Opera, the title role in Oedipus by Enescu at the Enescu Festival in Bucharest and at the Royal Opera House Covent Garden, and Guillaume Tell (title role, cover) at the Metropolitan Opera in New York, in Der Diktator and Krenek’s Das geheime Königreich in Frankfurt, Rigoletto in Hong Kong, Adriana Lecouvreur in Frankfurt, Jerusalem in Tel-Aviv, Scarpia in Tosca at the St-Margarethen Festival with Martina Serafin as well as in Basel and at the Hong Kong Opera, Igor in Fürst Igor at the Volksoper Wien, Sharpless in Madama Butterfly at the Festival d’Avenches, Don Giovanni in Bucharest, in the premiere of Lior Navok’s “An unserem Fluss” at the Oper Frankfurt, Rigoletto at the Korea National Opera in Seoul, Guillaume Tell (title role) at the Teatro Massimo of Palermo, Michonnet in Adriana Lecouvreur at the Oper Frankfurt, Germont (La Traviata) in Malmö, les Quatre rôles (Les Contes d’Hoffmann) in Volksoper Wien.

the artist's website
DAVIDE DAMIANI Debut as the four villains in Les Contes d’Hoffmann at the Volksoper Wien
On April 17, 26, May 2 and 7, conducted by Alexander Joel and directed by Renaud Doucet, Davide Damiani makes his debut ... Read more
Management : various territories