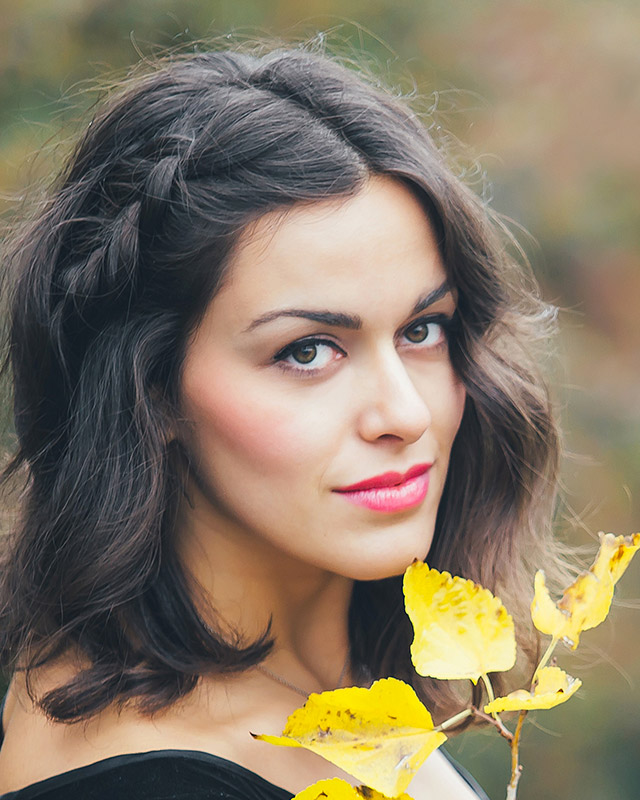 With her highly acclaimed vocal prowess, musicality and stagecraft, young singer Ruzan Mantashyan is one of the most promising artists of her generation.

Armenian-born Ruzan Mantashyan studied piano from the age of seven at the Komitas Conservatoire in Yerevan. A few years later, she began voice lessons at the same institution with Valey Harutyunov. She honed her skills at Mirella Freni’s Accademia di Belcanto in Modena, then under Hedwig Fassbender at the Frankfurt Conservatoire, graduating with a Master’s Degree in 2014. She then joined the Atelier lyrique at the Opéra national de Paris, where she remained until 2016.

She was a Finalist in the Francisco Vinas International Singing Contest in Barcelona, and won the competition’s Special Prize. She won the Toti dal Monte competition as Musetta (La Bohème) and performed this role in Treviso, Bolzano, Fermo and Ferrara.

At the age of seventeen, she was invited to perform in concerts with the Armenian Philharmonic Orchestra. A tour included performances in Bari, Cesena, Modena, and Mirandola. She performed in tribute concerts to Luciano Pavarotti in Modena and Bologna.

Recently, she performed Tatyana (Eugene Onegin) at the Staatsoper Hamburg, Cleofide (Handel’s Poro, Re delle Indie) at the Komische Oper in Berlin, Mimi at the Bayerische Staatsoper in Munich, Fiordiligi and Mimi in Zurich. She also sang at the Peralada Festival with Juan Diego Florez, Fiordiligi in Hamburg, La Contessa (Le nozze di Figaro) in Amsterdam, Rusalka in Limoges.

Productions cancelled during the Covid crisis : Mimi at the Wiener Staatsoper, Mimi in Nice, Marguerite (Faust) at the Royal Opera House, Xenia (Boris Godounov) at the Opéra de Paris